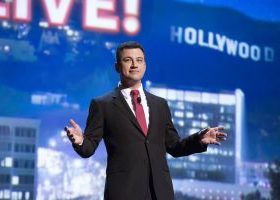 Late night television had been dominated by the old guard for so many years: Jay Leno, Craig Ferguson, David Letterman. This year we’ll see fresh faces in new spots: Stephen Colbert taking over for Letterman and James Corden taking over for Craig Ferguson. It will be interesting to see if they can compete with Fallon and Kimmel, both of which have mastered the art of viral clips. Perhaps this is the reason for the changing of the guard, the ability to engage and relate to fans via social media. Compare Jay Leno to either Fallon or Kimmel on Twitter: Leno currently has approximately 660,000 followers versus Fallon’s 28,900,000 or Kimmel’s 5,730,000 followers. How does one compete with that kind of clout?

Emerging brands and companies can take a page out of the “Jimmys'” book when it comes to building their social media presence. Fans come to you for fresh content in short, easy to digest pieces. Video content or photo content is king, along with a comedic spin! Follow brands that you want to partner with or respect and admire, and be fair to your fans when it comes to content — no one wants to see the same reposted image over and over. Social media content does not need to be all professional photographs; give your fans an inside look at your business.

Here’s to a new crop of late night hosts and the continued focus on fun and fresh social media content.