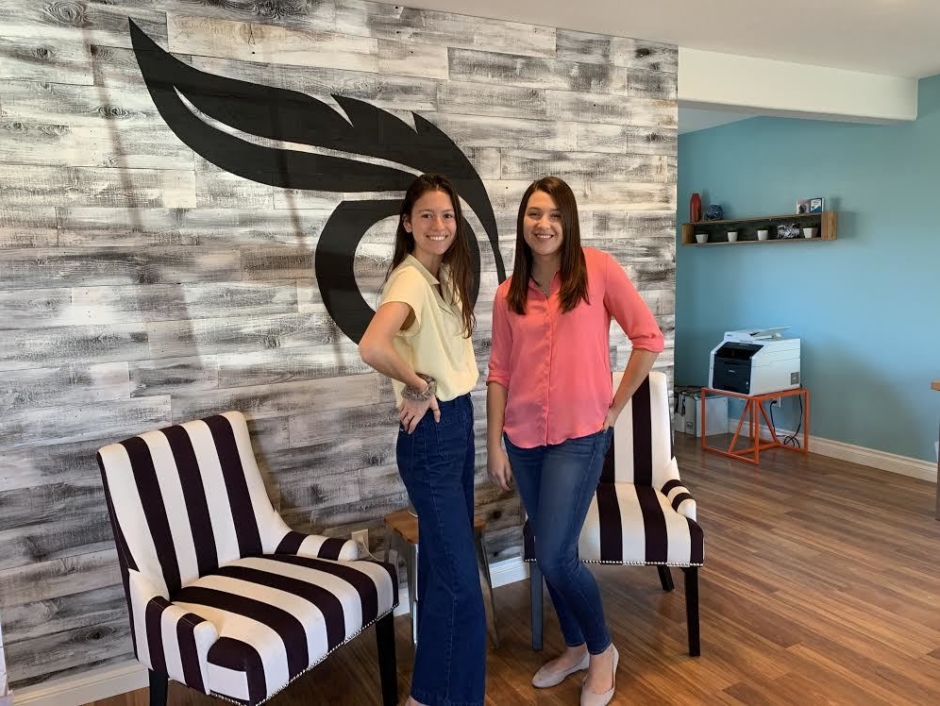 Meet our two newest interns, Chloe from San Diego State University and Alyssa from the University of San Diego! The two interns have known each other and have been working at PlainClarity for about a month now so we recently sat them down and asked them a series of questions to answer for each other. Read below to find out what each intern thinks about the other!

Chloe: I want to say black because she wears a lot of black, but I’ll go with blue. My favorite color is purple.

Alyssa: I am going to guess blue because that’s a lot of people’s favorite color. I would say my favorite color is salmon; like a light orange.

What does she sing when nobody’s watching?

Chloe: Jack Johnson songs, for sure. I always catch myself singing along to Waterfalls by TLC; it’s so catchy.

Alyssa: Definitely Banana Pancakes by Jack Johnson. Recently, I have been singing along to the new Jonas Brothers song!

Who is her celebrity crush?

Chloe: Chris Hemsworth or Leo, because every girl loves Leo. My celeb crush is Ian Somerhalder from the Vampire Diaries.

Alyssa: I am going to guess Ryan Gosling because that’s every girl’s go to! I really like Dylan O’Brien from Teen Wolf.

What’s her favorite thing to do at the end of a long, exhausting day?

Chloe: Well, I don’t get the feeling she drinks, so probably not have a glass of wine. Not sure how much TV she watches, maybe just do like a face mask, watch some TV. Sleep.

Alyssa: When Harry Met Sally. Recently, I have been into Pixar films so I’d say Monsters Inc. for me!

Does she fold or crumple her toilet paper? Or is it a combo?

What food does she despise?

Chloe: I remember she said she doesn’t eat red meat.

Alyssa: Tomatoes. I remember her saying she can’t stand the taste of tomatoes by themselves.

The magical travel troll shows up and says she can travel anywhere with only one bag tomorrow. Where does she go?

Chloe: Well, she has been to a lot of places already, I’m going to guess Australia. I really want to go to Japan.

Alyssa: I think Chloe would want to go somewhere snowy or in the mountains, so maybe Aspen or Switzerland. I would like to visit Japan one day.

She suddenly becomes a dictator of her own country? What’s the first thing she does?