The fashion of food: the latest on food trends 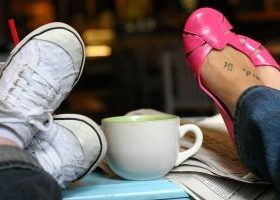 I recently attended the 34th International Association of Culinary Professionals’s (IACP) annual meeting, where culinary icons including Jaques Pepin and Amanda Hesser and working professionals came together to share, learn, and be inspired. This year’s meeting took place in New York City, and as such, the organizers chose The Fashion of Food as the theme. Shoes and food? I was so there.

There were over 75 sessions ranging from the philosophical (When do fashion and food trends become fad?) to the practical (how to pitch editors). I was also a speaker on a panel entitled, “Marketers and Bloggers: How to Create Rewarding Alliances.” (I'm the blogger for the National Pork Board's site, Pork, Knife & Spoon, and I'm their social media specialist at @PorkandKnife, and I also blog at Food Blogga.)

There was a lot of talk about what's fashionable in food and what's trendy, but here are a few of the tastiest morsels for you to chew on: